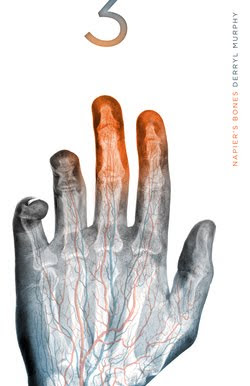 Numbers. It's all about numbers and they're effect on each of our lives. People, nature, living creatures live and die by them. They're everywhere and those who invented them haunt us day in and day out.

So is the tale of Dom. He wanders in from the desert and begins a quest with a shadow named Billy and a young woman named Jenna. They travel the US and other places do discover the secrets and wrestle them away from the ancients. They meet those who have gone before, speak with them, and discover the doorways to new equations and possibilities.

Along the way there is good every day events. Visiting the ATM, eating food, staying in hotels and a love angle that never happens despite the characters attachment to each other and an intangible enemy who doesn't seem very threatening or even dangerous. There's even a brief encounter with an ex priest discussing theology.

Mostly it is a story of a journey not just physically but also into the discovery of numbers and their uses. The pair unlocks the mysteries and steps into a realm most in their profession could only dream about.

Well written in an almost mystical way with numbers being a type of magic that can be wielded and used.

Suggested for an audience that understands mathematics and the references to them which are lost to the general reader. Also not for those who are offended by swear words, puck or references to the male anatomy.


Posted by Sonar4landing Dock Reviews at 1:37 AM

The Door to Lost Pages by Claude Lalumière Review 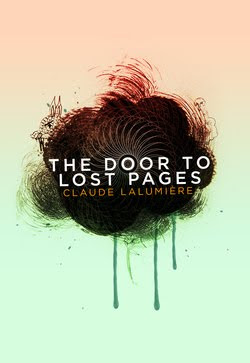 The Door to Lost Pages is Claude Lalumieres’ newest book by ChiZine Publishing.

While this book was thought provoking, it was confusing to me in many regards. Confusing in that the timelines of the threads in the story jump at times and took a number of re-reads to re-establish where I was in the story and or who was currently the narrator in the story.

This is definitely not a book for the younger generation as it contains some graphic sexual descriptions.

At the beginning, there is a description of Yamesh-Lot, the great antagonist, or source of evil, but other than continuing mentions throughout the rest of the book does not bring this to any conclusion or direct conflict with the Green, Blue and Brown God. The Shipfan-Shap (similar to angels) do battle against Yamesh-Lot then fade away through the rest of the book.

The titular book store, Lost Pages, would be the kind of bookstore one would love to be able to find having whatever one was looking for, no matter what the subject, language, time period or reality. Alternate realities are discussed briefly, but they are not followed or described further in the story. Simply that they exist.

The main character, Aydee and a secondary character, Lucas, follow similar paths to the bookstore, but at different times along slightly different paths. A unique technique used in this book is a letter “read” by Aydee, that adds a story line, but never reveals the author.

In the end, the story is a simile for the dichotomy of life.

Posted by Sonar4landing Dock Reviews at 12:50 AM